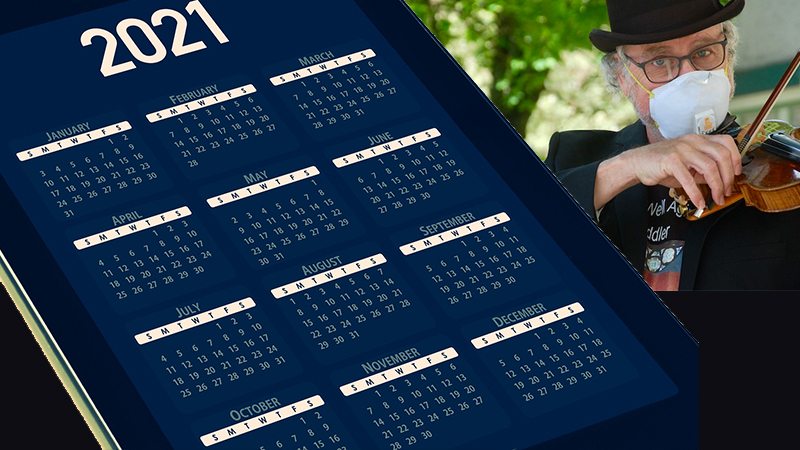 Dad said to me. “Mike, this game is on videotape. It happened yesterday. I read how it ended this morning. Do yourself a favor, and never bet on a sure thing. You owe me a dollar.”

On New Year’s Eve, I told Juliana, “This whole thing should be over within the next few months.”

Oops. I say a lot of dumb stuff. Never bet on a sure thing.

My life - and I suspect yours - has been like living in my dentist’s waiting room, with the added humiliation of no magazines. That’s really irritating, The one thing I look forward to when I go to the dentist is reading Highlights magazine in the lobby. I love that silly magazine.

Well, that’s over. There aren’t any copies of Highlights magazine, with its puzzles and stories to distract me from my dental situation. I love that picture game where they hide objects and I try to find them – a starfish, an ice cream cone, a dog, and so forth. It’s fun. Well, it WAS fun. . .

I’m tempted to take out a subscription so I can do that again. ( I won’t.)

Oh, by the way, why no magazines? Here’s a little fact – magazines in a doctor or dentist office, that are picked up by every ill person who’s been sitting there, are excellent germ incubators. Delightful fact, eh? It’s something to think about, the next time you sit in one of those lobbies. Bring a book.

You and I are in the same boat. We’re all dressed up and nowhere to go. I want to get out there and play music in jams, bars, music venues, and anywhere else I can find other people to play with.

All of this reminds me of the years when I was an unemployed actor and director. I had a day job as a substitute teacher. (If the Catholics are right, and the Judgement is to send me to Purgatory, all I have to say is, “I was a sub for three years.” They’ll yank me out of that line, hand me a pair of wings, send me to The Good Place, and eternity will be just fine.)

Anyway, life as an actor is a life of high hopes, rejection, self-doubt, and getting up and trying again and again and again, with no guarantees of success. It’s a situation I simply accepted. After all, there are two ways to go into an audition.

The first way is to feel if you don’t get a role in this play, you will just die. That’s a bad idea. The odds are against you, and you’re coming across as a real mess. Who would want to work with that?

The second way is to relax and say, “This is where I am, If you can use me, great, if not, then some other day.” You’ll be calmer, and they’ll like your attitude. You might even get the role!

Isn’t that where we are right now? It’s all high hopes without any guarantee that we’ll find the rainbow. But, so what? Let’s step back and take a breath (with a mask on.)

While I do play Bach, Teleman, Handel, Vivaldi, and several compositions by other classical composers, I’m more of a fiddler who humbly dips his bow into the classical world. I find if I focus on classical music, with its challenges, twists, turns, and enigmatic symbols, everything else is relatively easy.

I play Irish/Celtic/Scottish music, Bluegrass/Americana/Fiddle Tunes, Scandinavian folk music, and delightfully cheesy pop songs that are guaranteed to tug at your heart.

What I’ve discovered with all this classical stuff, is when I play the Irish/Bluegrass/Scandinavian/pop stuff, it’s all a lot easier.

I was deep in a forest here in Oregon. These forests are huge, with a lot of old growth trees, dark canopies, critters that can and will bite you, and Bigfoot! While I was there, I saw a guy deep in the forest wearing a mask! Well, to me, a fussy old dude, isn’t that’s a little over the top? I mean, what’s he going to do? Get covid from a chipmunk? Lame.

While I was there, I took my violin and played to the trees. My daughter lives in Maryland. When we talked on Facetime, and I told her I often play my fiddle for the trees, she rolled her eyes. “Oh dad,” she said. “That’s so Portland of you!”

Just before Delta exploded everywhere, I flew to Maryland and visited the grandchildren.

High point of the year. Eight and ten years old. Pure joy. If I’d waited a couple of weeks, I wouldn’t have taken the flight. On the way to Maryland, the airplane was full. On the way back it was almost empty. I had an entire six seat row to myself! I turned on all the television screens, and had a party for myself. Why not, right?

I’ve been playing my violin in parks around my neighborhood here in Portland. I’ve done around 60 so far. I stand next to a picnic table and knock out a few tunes for about 20 minutes at a time.

I figure that 20 minutes of a solo violin by a student player is enough, right?

My favorite moment was when I’d packed up and walked past some teenagers who were smoking cigarettes, looking cool, and obviously skipping school.

Best review I’ve had in almost a year.

Every day I go into my music room, close the door, and work on my lessons. That’s it. If the weather was any good, I’ll go outside and play in a park. There are times that get me down, but I refuse to let it go.

This is the time to dig in and focus. Anybody can give up when things are tough. That’s easy. Let’s go a little crazy, and just see what happens, right?

I mean, if you give up, what are your options? Sitting on the sofa and watching tv? You’ve probably seen everything on Netflix, Prime Video, HBO, and the entire eight hours of the Beatles, Let It Be, on Disney.

Rather than get upset at our current reality, take charge of what you have.

Over the summer, my teacher resumed in-person lessons, and that has been wonderful. Then she came down with covid. Although she was symptom free, she quarantined herself, and we went back to online lessons.

I made small, presumably safe moves to test the waters of the world. I attended a yoga class. It was like doing yoga in a sanitized bubble – masked - proof of vaccination – well ventilated – social distanced – air purifiers were working – the whole bit. Two days later the instructor called me to say I needed to be tested. Someone in the class tested positive for covid. I spent a day trying to find a test. Once I did, I had to wait for a long time. I tested negative. What a hassle.

My son sent us round trip tickets to come and visit him during his Spring Break in March. I haven’t seen him in over two years. If that isn’t something to live for and get excited about, then I don’t know what is.

So, Happy New Year! Whatever you encounter, may it be a blessing. If anything, I’ve learned to lighten up.

Life, whatever it is, is wonderful. Enjoy.

January 2, 2022 at 11:50 PM · How refreshing to hear someone who loves music as much as you do. And to balance all those genres is very impressive. Thanks for a great article!