My name is Steven Greenman, and as a longtime performer, composer and teacher of Klezmer music, I am starting a Klezmer Fidl Blog here on violinist.com. If you have any questions about klezmer music, style, ornamentation, phrasing, repertoire, history, I would be happy to answer your inquiries, offer suggestions/recommendations, and more. Today, I would like to talk a bisl (a little) about klezmer music.

What exactly is klezmer music? First, we must begin with the definition of the word "klezmer." The term klezmer (pl. klezmorim) refers to the professional Jewish musician from Eastern Europe who performed for Jewish life-cycle events and especially for the traditional Jewish wedding throughout the former Polish-Lithuanian Commonwealth (today’s countries of Poland, Galicia, Lithuania, Belarus, Ukraine) and later, the Pale of Settlement (territories from the former Russian Empire in which Jews were permitted settlement from 1791-1917). 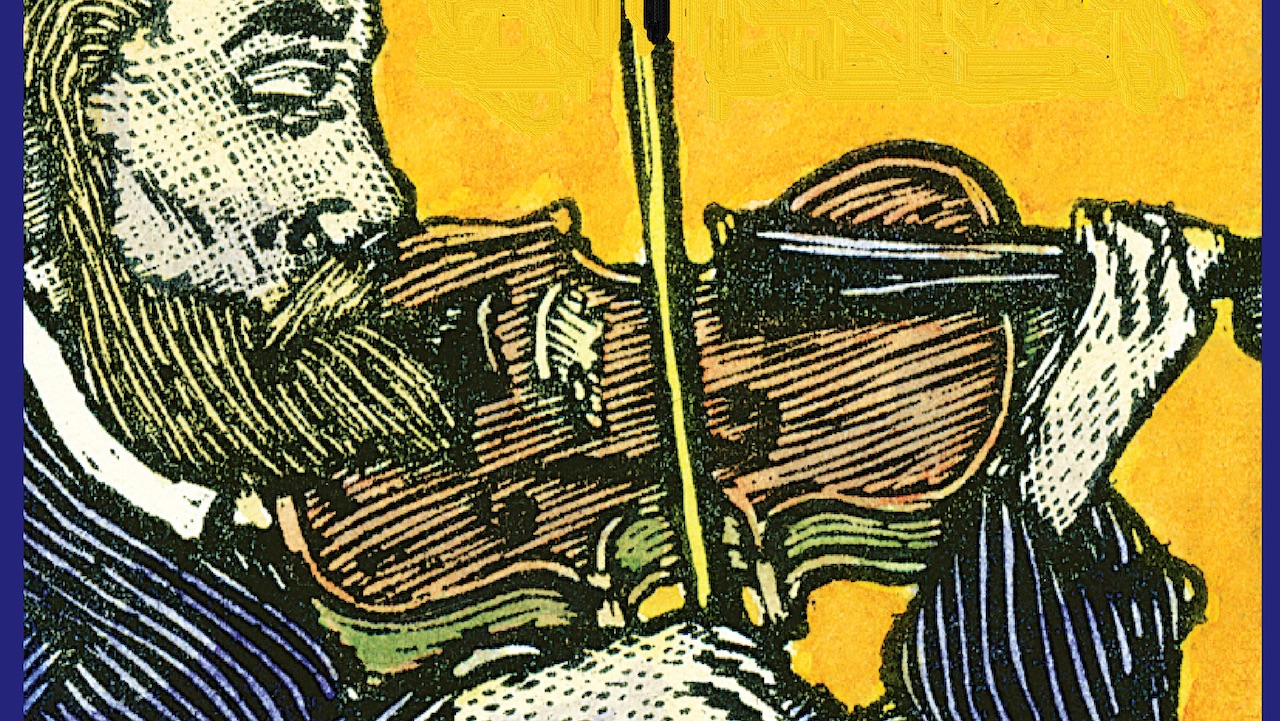 The musical tradition of the klezmorim (pl.) began in the 17th century and continued until the early stages of World War II (1939-1945). Jewish immigration to the United States (1880-1920) provided new avenues for Jewish musicians descended from former klezmorim to perform for Jewish weddings and bar-mitzvahs.

While the European klezmer repertoire included both an artistic listening repertoire and a varied dance repertoire, the American klezmer repertoire was condensed to mostly the dance repertoire. The traditional European Jewish wedding was a multi-day affair that included: soulful music the evening before the wedding for the bride to bid her family a farewell (dobranotsh, khtsos); artistic music to greet the family and guests the day of the wedding (dobriden, mazltov); music to escort them to different parts of the wedding (gas nigunim, zhok, tsu der khupe, fun der khupe); virtuosic table tunes performed for the wedding party (tish nigunim, zogekhts); music to bid family and guests a fond farewell (zay gezunt, dobranotsh); and dance music (freylekhs, sher, bulgar, khosidl).

In this old-world setting, the "fidl" (violin) was the lead instrument in the klezmer ensemble and the kappelmeister (the leader of the ensemble) often performed stunning Jewish pieces for listening. In contrast, Jewish weddings in America (beginning in the early 20th century) were held inside banquet-halls or synagogue social halls that lasted a matter of hours, thus prioritizing dance music over listening music.

In America, the clarinet assumed the main leadership role in the klezmer ensemble over the violin. Despite the diminution of repertoire, the American klezmer repertoire featured a robust collection of Yiddish line dances including the bulgar, zhok, khosidl and sirba in addition to the older freylekhs and shers. In the new world, the bulgar, a Yiddish line-dance of Moldavian origin, became the leading form of Yiddish dance music. Complex harmonizations and jazz inflections gave the music a new energized feel and added considerably to its popularity.

The klezmer music tradition continued in America up through the 1950s but gradually lost its appeal as Jewish cultural identity shifted from Eastern Europe to the new State of Israel. In the 1970s a revitalization of Yiddish (Jewish-Ashkenazic) culture led by second and third-generation American Jews brought about a renewed and dedicated interest. Yiddish folk arts festivals propagated this movement with the teaching and dissemination of Yiddish language, arts, music, and dance followed by international concerts and festivals. Today, klezmer music is an international phenomenon; a world-music genre with creative-modern styles in addition to traditional performance practices.

The klezmer fidl was beloved for its ability to not only sing but to speak. In fact, the greatest compliment a Jewish violinist could receive is for the listener to say "Your violin really spoke." Realizing the music in such a way enables the violinist to connect directly and deeply with his/her listeners. In classical music we talk about having a singing tone and to sing through our instrument. East European Jewish violin playing takes this a step further by creating additional options for expressivity. The greatest Jewish violinists could create a spiritual experience for their listeners and move them profoundly.

Colorful descriptions of the soul-inspiring abilities of the East European Jewish violinists were prevalent among Yiddish authors from the eighteenth through twentieth centuries. This documents the emotional impact the violin had on Yiddish culture. I consciously take this Jewish concept of expressivity to heart as I perform, teach, and compose klezmer music. Through the playing of the violin, one can hear the cantor in the synagogue; rejoice with the bride and groom; honor the dignity of the East European Jew; observe the Hasid in spiritual ecstasy; and contemplate the Jewish soul searching. With its spoken word, the Jewish violin reflects Jewish history and the voice of humanity.

I plan to continue with this blog to talk more about klezmer music on a variety of topics. I welcome all questions and inquiries as well. If you are interested, I have written a klezmer instruction book for beginning violin students of all ages, "Klezmer School for Strings - Violin Part - Vol. 1." For more information about this, please visit my website www.stevengreenman.com.

April 7, 2021 at 05:00 PM · The Klezmer Fidl Blog is a wonderful addition to violinist.com! I really enjoyed reading this and checking out your website.