May 21, 2020, 3:28 PM · This next episode is one of my all time favorite meals... a delicious Boeuf Bourguignon! We have Lara St. John to thank, not only for a great recipe but also for her fabulous cinematography. 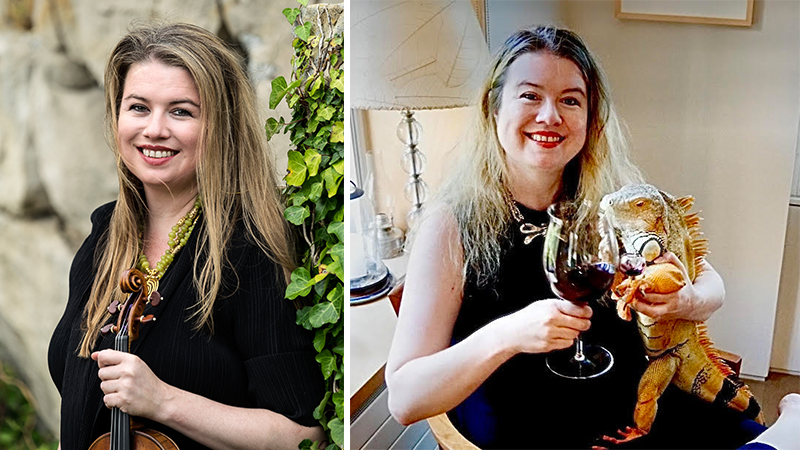 Lara is a violin soloist and musical maverick. She has owned her own label, Ancalagon, since 1999, on which she has released albums that range from classical to new commissions to folk music and more. Lara began playing the violin when she was two years old. She made her first appearance as soloist with orchestra at age four, and her European debut with the Gulbenkian Orchestra when she was just 10 years old. She has performed as soloist with a long list of orchestras: Cleveland, Philadelphia, San Francisco, Seattle, the Boston Pops, Toronto, Montreal, Vancouver, the Royal Philharmonic Orchestra, NDR Symphony, Zurich Chamber Orchestra, Ensemble Orchestral de Paris, Strasbourg Philharmonic, Bournemouth Symphony, Camerata Ireland, Belgrade Symphony, Amsterdam Symphony, and the Akbank Chamber Orchestra in Turkey, among others. She has been featured in People, US News and World Report, on CNN's Showbiz Today, NPR's All Things Considered, CBC, BBC, a Bravo! Special: Live at the Rehearsal Hall and just this month, on the cover of Strings.

Throughout these past few months, Lara has been beyond generous with her culinary skills, cooking up big batches of Spätzle and delivering her homemade soup to help bring comfort during these difficult times.

Thank you, Lara, for your generosity -- and bon appétit !

* I’m a person who likes to eyeball stuff and add as things progress. Generally, I find that a packet of bacon is fine for the smaller Bourg (as above). For more, I add other porky things if they are available.

* Whichever stewing beef you choose, be sure to cook it enough. Often chewiness or awesomeness is a half-hour difference. Just keep it bubbling till it feels and tastes right!

* This is best served with bland things – like mashed potatoes or plain buttered pasta though I’ve served it alone many times and no one complained!
I hope you enjoy your Boeuf Bourguignon!

This recipe can be speeded up by doing the meat in minimal liquid in the pressure cooker for 25 minutes or so, then proceeding with everything else.