April 3, 2020, 12:54 PM · For this next “Fiddler’s Favorite’s” Episode we are going all the way to Zurich Switzerland to my friend Michael Salm, who graciously agreed to prepare his favorite comfort "Chili con Carne” recipe! 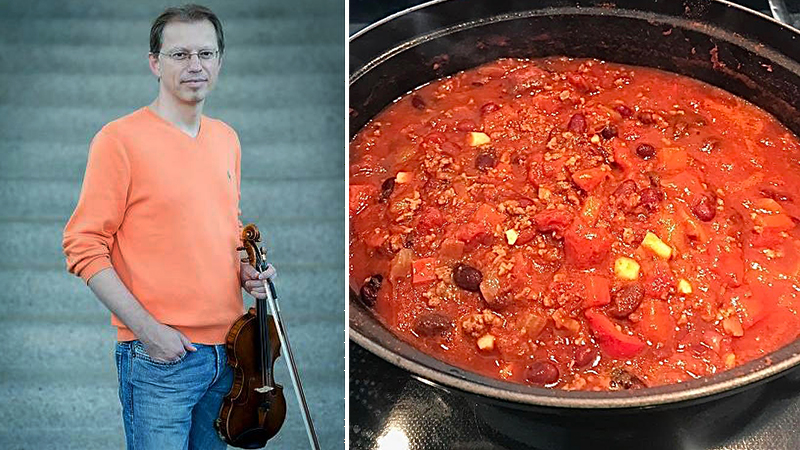 His chili recipe is quick, easy and delicious - ENJOY!

April 3, 2020 at 07:32 PM · Pretty standard stuff there, but it'll be good. I agree with his amount of garlic and onion. That's the base of a good chili. He used canned chipotle which is very good. I use Aleppo peppers, which I add when I am frying the onions, and I like to use Rotel tomatoes which have the green chilies. For the amount of meat he's using, I would use two of the 40-oz cans of Hanover kidney beans, or one can of kidney beans and one can of black beans. I could get a few meals for my family without using a lot of meat that way. I can get more meaty flavor, too, by using a Knorr beef-flavored stock tub, a teaspoon of MSG or Worcestershire sauce. My kids have never liked bell pepper cooked into chili. I enjoy it, but in deference to them I would instead add a bag of frozen corn.