The Hollywoodization of the Music in Harry Potter

September 22, 2018, 11:00 AM · In my spare time, such as before bed after orchestra rehearsal, I like to curl up on my bed and read a book. I read The Hobbit for the first time a few weeks back, and I just finished re-reading Harry Potter and the Order of the Phoenix - and enjoyed watching the interview with J.K. Rowling and Daniel Radcliffe in 2011 as they finished filming the final film that year. 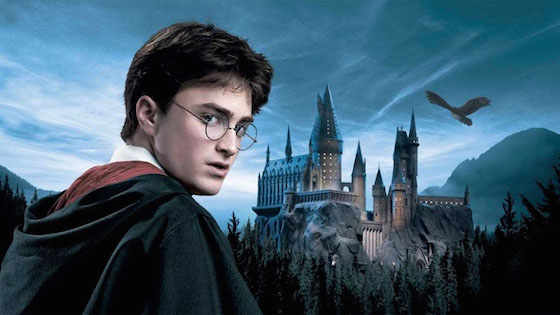 In the process, I discovered this video series about the Potter scores, and one thing he noticed was how quickly the series became, and how the music changed starkly from composer to composer. I had done my own look-back at the scores in 2013 with my SymphonicScore podcast, and have revisited the music here in this blog in the past. Now having spent every day for the past four years of my life watching a British YouTuber, it's been fun to see how much of their Britishness came across to me, especially whilst reading the book and seeing the interview.

Anyways, that long preamble was to set up a topic that I gleamed from this video series: how the music of the Harry Potter films could have been so much more than it was.

First of all, the fact that four different composers took up the challenge to compose for this series of films lasting a decade is a tremendous accomplishment to each one filling the shoes of the last. On their own, overall, all of the scores are done well. I remember enjoying looking back at each one and realizing which were my favorite cues to listen to. Even now, I get some nostalgia whenever I hear the colors of John Williams' Hedwig's Theme or Quiddich Theme, or even the solemn flutes playing the theme in Order of the Phoenix, which I remember was part of a medley in a concert in Vienna once.

But let's pause at the colors of John Williams' scores. The Diagon Alley music is so vibrant with celeste and strings opening a sense of wonder in Harry as Hagrid taps the bricks, and then the joyful melody starts in the winds. Yes, it's the first film, it's a moment of wonder, but even Voldemort gets so many wonderful colors not present in later films. There's an almost Stravinsky quality to how he orchestrates this section with the strings especially, building the theme for Voldemort in celeste or harp, and adding little strings effects like tremolo and small triplet figures arpeggiating a chord that remind me of Firebird.

Now contrast Williams' Stravinsky tone here with music from 10 years later: Alexandre Desplat's Voldemort's End. It already starts with soft timpani, which already makes you think of the latest Avenger's film or something, and then builds into a strings ostinato, with trumpet interjections. However, it's the same couple of chords, with timpani pounding in a 3/4 meter. It's well orchestrated for what it is, but it's a far cry from what Williams did. The films have long turned into the mainstream audience, hyped up through posters and podcasts, and the music has changed with it. Don't get me wrong, it isn't that Desplat has done a poor job of composing; but imagine if Voldemort's theme from the first film would have done something similar to Darth Vader's death scene or in The Lord of the Rings, and would have transformed as a motif throughout the entire series. It would have made a larger impact musically, and not had to just have some generic Hollywood action sequence music.

The video series has many more examples; this one for Voldemort just seemed appropriate to talk about here. It just goes to show me as a possible future film composer (and you see this in some video game soundtracks as well) where I feel my desires lie - probably towards the Williams side - and how I can effectively score a scene. And as my Senior Inquiry project right now is to score Charlie Chaplin's "A Night in the Show" (1915), I'm excited to see what I can do with it. Of course, film has changed quite a bit, so I will have to see how my musical style when I do start writing this media music will fit with Hollywood's standards, and if there's a way I can make it fit.

--
I know it's a bit of a random time for this topic, but I didn't have a violinist.com blog in 2011 when the final film came out. It's been great fun to disappear back into Rowling's Wizarding World and nostalgic for my childhood.