March 31, 2021, 3:33 PM · If you were from my generation and unlucky enough to be born in Britain, then getting appropriate training on the violin was hard. Many of us bravely soldiered on through the ABRSM exams without much in the way of efficient technical training until we could finally breathe a sigh of relief and go around boasting we had ‘passed Grade 8.’ (Somewhat akin to having passed one’s driving test.)

This paucity of training was exemplified in the dreaded ‘scales’ which became incrementally more frustrating as one moved up the grades. The typical approach to teaching them was to chuck the Wessely Scale Manual at the hapless student and patiently listen to them being massacred week-in, week-out with not much advice on how to improve them. This situation has been greatly relieved with the publishing of Simon Fischer’s Scale Manual but I have to confess that I still get flashbacks, when people start talking about three-octave scales.

Joking aside, as someone with very limited practice time, I am only interested in concepts, approaches and exercises that maximize efficiency within a very small space, as it were. I often get good ideas for this kind of approach from Daniel Kurganov’s Youtube videos which I think are a must-watch. Recently he released one about playing scales using only two fingers. In fact, as his typical of his imaginative and probing approach, he offers three sets of scale exercises we can choose from: Hrimaly, Yost and Zdenek Gola. I was kind of chuffed because I have been using two finger scales for quite a while, finding them significantly more efficient than regular three octave scales.

However, rather than the aforementioned material I use the exercises from an old book by Albert Sammons which seems to me to be very much out of fashion these days. This is a tragedy since The Secret Of Technique In Violin Playing does actually offer a huge range of subtle exercises which clearly shows his profound understanding of what underlies the highest level of violin playing. Among this plethora of brilliance is an emphasis on two-finger scales, in particular playing C major, three-octaves, using only the 3rd and 4th finger. (Regular practice of this last line will do wonders for your technical facility). I don’t use the range of practice ideas Daniel offers. Just keep the fingers down, resting on the string as much as possible. Anyway, the reason why these kind of scales are cost-saving is because they increase the amount of (useful) work one does in the space available.

In the same way, having absorbed the principles of Rodney Friend’s new book (The Violin in Fifths) I want to apply the concepts to something I am familiar with to increase the value of that experience. My first target was the Ysaye Exercises and Scales. I would recommend these to anyone. I always enjoy the simple-looking first page. 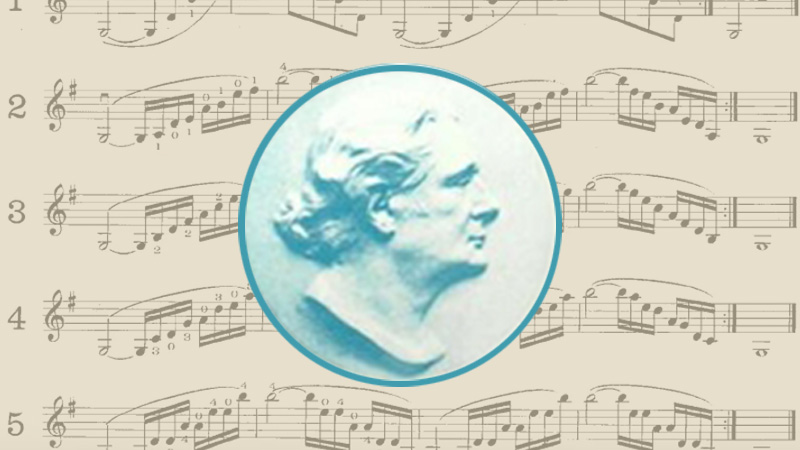 Initially it seems like Ysaye was just building up the intonation of a scale incrementally, whereas in reality he was sending future generations the message that beautiful flowing and natural bowing is a lifetime's work, never to be stinted on. In a different Kurganov video, Daniel describes them as a kind of meditation, which I agree with. However, it is the kind of meditation that involved very active thinking and experimentation. For example, one would be well-advised to use these simple string-crossing long bow exercises for such things as practicing dynamics; for finger placement timing in the descending part; and, of course, for vibrato, vibrato and vibrato.

Getting back to the Rodney Friend stuff, the basic question to ask is, "What do you do if you hit a note out of tune?" That is the weakness of these kind of exercises: It is all too easy to just carry on and then let that little bit of bad intonation build into one’s system. To solve this problem, I practice each variation in fifths first, and then play it as written.

I can sort of hear some wincing in the ether, at the mention of fifths but, honestly speaking, they are not a difficult double-stop at all. This is one of the great self-perpetuating rumors that Accolay started. In fact, the point is not that they are difficult, but rather that we avoid practicing them for no reason I am aware of. The Rodney Friend book explains in no uncertain terms why we should, and how much simpler it makes violin playing. Applying the principle of playing a passage in fifths to the Ysaye is indeed, a considerable time-saver. No two fingers needed here!

April 1, 2021 at 03:26 PM · Funny enough, I was just watching this helpful video of Augustin Hadelich talking about 5ths. As I'm working through the Dont etudes, I'm realizing the importance of establishing really secure 5ths as a foundation for stable intonation.

You mentioning studying Violin in England and Rodney Friend. His Teachers were tremendous Violinists, U can hear ther recordings on YouTube-Frederick Grinke (Canadian) and Endre Wolf. Cheers.

April 5, 2021 at 12:42 PM · I saw the Rodney Friend videos midway through learning the Bach solo fugues. They were a real revelation on top of Paul Stein's prescriptions of playing fifths cleanly here at v.com. The beauty of fifths scales is what they do for left hand posture. They will beat first finger dominance out of you.