March 4, 2021, 5:36 AM · In general, I find that although I lack for talent in virtually every arena of life, I can compensate quite well by a kind of dogged perseverance coupled with an ability to withstand mind-numbing routine. Thus, I can go month after month on a particular technical routine before beginning to freak out and need change. The three main works I use in this late stage of my life, when I have no need or ability to perform anymore, are Simon Fischer’s Warming Up; Albert Sammons' The Secret of Technique in Violin Playing; and Dounis' An Artists’ Technique.

Of the three, ‘Warming Up is the most low-key. Very sensible basic exercises that with a minimal expenditure of time make incremental improvements in one’s playing that pay huge dividends in the long run. Dounis is superb, but I restrict its use because over the years I have concluded that, with all due respect, it’s a little too theoretical and rather hard on the hands. It’s like stretching if you have a bad back: feels good at the time, but later the pain comes back and the only solution is more of the same (of course it’s not that bad really...).

The Sammons is, for me, an ideal compromise between the two. I believe Sammons had an innate understanding of the real necessities of violin playing and, most of the time, came up with exercises that capture these. He’s kind of sneaky. For example, the short three part chord passage at the beginning, used as a basis for all the bowing exercises is also a disguised study in fifths which should, in my opinion be one of the most practiced intervals on the violin.

However, even the most anal retentive people, such as myself, do need a break from this kind of stuff every now and again. Further, if one is restricted to one hour a day of practice it really isn’t much fun to spend so much time on the process that one never even takes aim at the goal. Well, one of my favorite books on violin playing (you have to actively look for the extremely valuable technical gems in it...) is Leopold Auer’s book. In it he suggests that taking technical passages from all over the repertoire is an invaluable means of developing playing. This tends to be rather frowned upon these days. The criticism is usually that decontextualizing passages is a kind of un musical behavior. I can’t say I care too much about that.

For maximum efficiency I like to use the Paganini caprices for this purpose. After all, if I destroy them musically I still have the Bach Solo Sonatas don’t I? 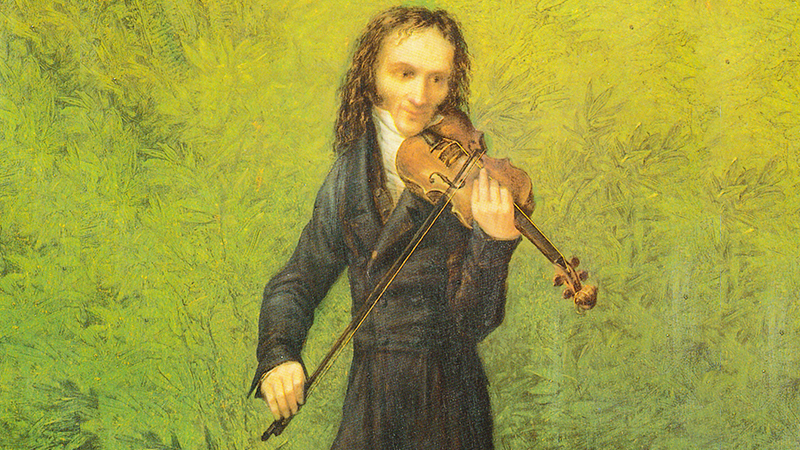 Actually, I am not too fond of this kind of sarcasm directed at Paganini either because, like them or not, they are among the greatest works ever written for the violin. Many performances over the years have, in my opinion, over emphasized the virtuoso aspect, leading them to be somewhat trivialized. One player who has done a great job of demonstrating their -still- untapped potential is Ilya Gringolts. Listening to his caprice no1 for the first time some years back radically altered my thinking on these works literally overnight. Anyway I digress. When I am short of time and climbing up the wall I use what I call my ‘30 minute Paganini routine.’ Something like the following:

That’s it. Half an hour’s worth of intensely focused practice on some of the best violin music ever written. Paganini’s stuff is sooooo good that one can make up this kind of routine from virtually anywhere in the book. Then it’s time for a coffee...

March 4, 2021 at 07:41 PM · Buri, I'm so glad you're back. Hands down, your comments have been so instructive over the years, and this essay is no different. Your recent posts on 5ths (and the YouTube channel that inspired that line of thinking) have really elevated my playing.

March 4, 2021 at 10:59 PM · Speaking of fifths, I just got Rodney Friend's book in the mail. Back in stock at Beare's, apparently. Super way of putting discipline and relaxation into your playing, even without a teacher to tell you how it is supposed to work.

March 6, 2021 at 02:34 AM · Paganini apparently only needs one string. Perhaps the painting is unfinished. But his bridge ... it's not lined up with the f-hole notches! Tsk!

You may have been absent from violinist.com when a gentleman appeared playing Paganini No. 16 whilst riding an exercise bike. Rather hard to un-see that.