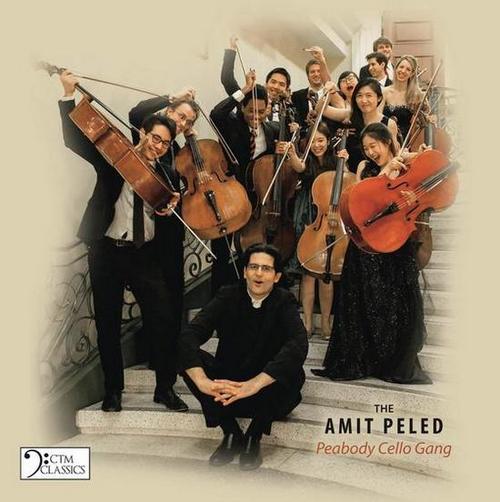 As a student, I was fortunate enough to experience the magic of performing music on stage with my great mentors Bernard Greenhouse, Boris Pergamenschikow, and Laurence Lesser, as well as see how each of them balanced their performing and teaching careers. The difference between listening to them explain how to create a phrase and actually forming that phrase with them on stage was huge and significant.

Performing with my teachers was a vastly more effective lesson than a one-on-one in a studio, teaching me “on-the-spot” artistic decision-making, amending each performance to fit the energy of the hall. Ever since those transformative and magical moments, I knew that I would become a teacher and pass on the tradition of sharing music with my own students on stage. As Janos Starker once said, “I personally can't perform without teaching and I can't teach without performing.”

For me, there wasn’t much of a gap between being a student and becoming a teacher. I was hired as a professor at the Peabody Institute at Johns Hopkins University at 28, one of the youngest professors employed at a major conservatory, and some of my students were older than me. I created the Peabody Cello Gang because I want my students to not only excel technically, but to become successful career performers who understand how to emotionally prepare for a performance and experience the feedback of an audience.

The Gang is composed of students from my studio, ranging in age from undergraduate freshmen to second year Master’s students, who come together frequently to perform works written or arranged for cello ensemble. I also bring the Cello Gang on tour with me around the country, performing as soloist in standard cello concerti with the Gang as orchestral accompaniment, as well as cello choir repertoire and more. Classical Voice North Carolina described a recent Cello Gang tour performance as “collaborative playing at its absolute best.”

By performing with the Cello Gang, my students can feel when I get nervous and see how I deal with concert life in real time, feeling the spontaneity I infuse into every performance. I also assign each student on stage talking points, improving their audience communication, and have them assist in masterclasses to hone their own teaching skills.

When my students joined me in the recording studio for The Amit Peled Peabody Cello Gang on CTM Classics, I wanted them to feel the excitement, rigor, and unpleasant aspects of the recording studio, followed by the immense pride and collegiality when you get the desired result (and a drink!). All of these skills build upon the strictness and knowledge learned in the classroom, leading to more meaningful and faster improvement.

I am also excited to be able to create new works for cello ensemble, most recently a collaboration with Tom Zebovitz on a world premiere arrangement of Schubert’s Arpeggione Sonata in A Minor, D. 821, which is featured on the album. I’ve always thought the piece would sound amazing for four cellos, so I asked Zebovitz for help. On the top of my future project wish list is to arrange and record all six Bach Cello Suites with the Cello Gang -- I dream of these masterpieces in a cello quartet set-up, emphasizing Bach’s unique polyphonic approach.

This approach to pedagogy has created a marvelously close-knit and circular community of musicians. I teach them in-studio, accompany them on stage, and then oversee them teach -- the whole package! Throughout my performing career, I’ve rarely seen the public react more enthusiastically than they do towards the Cello Gang, thanks to their enthusiasm and talent, as well as the wide variety of their backgrounds and ethnicities. Laurence Lesser is now teaching a former student of mine and was very proud to hear her performances on The Amit Peled Peabody Cello Gang album. He has “cello grandchildren!”

November 17, 2017 at 10:36 PM · Dang, that picture has convinced me never to make another cellist angry... "Foolish violin player anger cellist, found in park skewered like a kabob.